What Top NSA Whistleblower had to say about China Crypto Ban 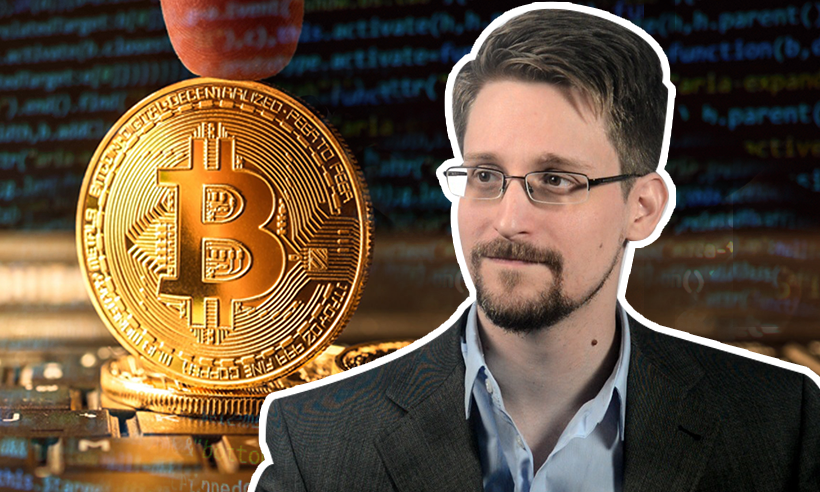 Earlier this year, Snowden tweeted that he never felt more compelled to buy bitcoin after the sudden plummeting in value. He further mentioned that “That drop was too much panic and too little reason”.

In March 2020, Bitcoin swooped to a low of $5,000. Since then, the leading cryptocurrency has surged on the popularity scale among institutional investors. This resulted in a jump of nearly 10x in the last year and a half.

BTC is currently trading above $47,500 with a market cap of approximately $900 billion. Many analysts believe the currency to rise higher to roughly $100,000 by the year’s end.

Thus, the number of individuals believing that the Chinese ban would truly profit bitcoin continues to extend, with some even asserting that different nations, just like the US, might benefit from this.

In a series of interviews and tweets, Snowden endorsed and applauded El Salvadore’s decision to make Bitcoin a legal tender in the country.

Moreover, He also added, “Beyond the headlines, there is now pressure on competing nations to acquire Bitcoin — even if only as a reserve asset — as its design massively incentivizes early adoption.”

Snowden believes that Bitcoin prefers those who accept it earlier, and the decision by El Salvadore pressurizes other countries to act on the situation as well.

Given Bitcoin’s stellar record of coming back from the dead, it might overwhelm governments into waving a white flag. Yet, Snowden believes that crypto will revive the global economy as directed from his comment, “Crypto is here to stay”.

In his reply to a Twitter user, Snowden used the words “delaying the inevitable” for sceptical governments about cryptocurrencies.

However, Snowden still keeps a sceptical view of Bitcoin’s Blockchain technology because it “sucks in many ways, such as financial privacy.”