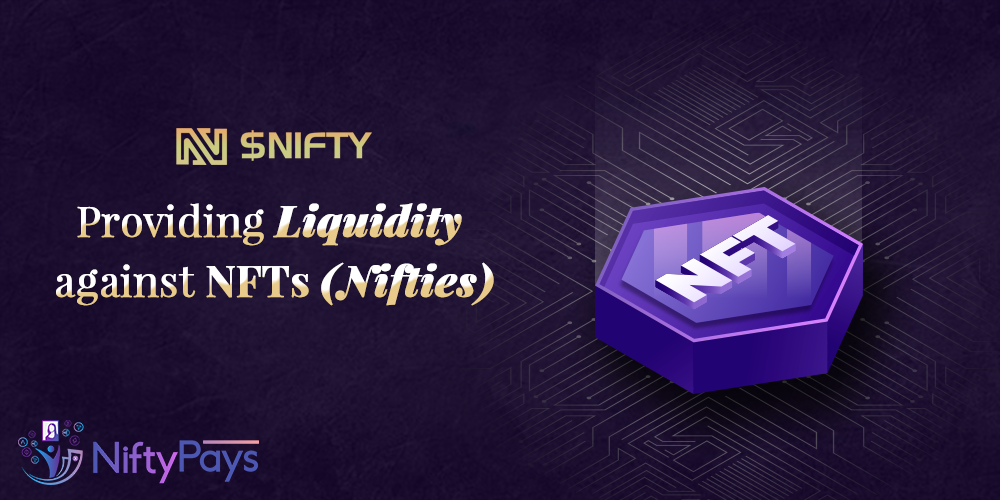 It wouldn’t be wrong to say that the NFT ecosystem has been moving from strength to strength this year. While initially, it was only for buzzy projects such as CryptoKitties, this year, we’re seeing a lot of innovation happening in the digital collectible space. And not just for digital art, we’re seeing NFTs for sports, virtual games, and more — which clearly shows the sign of interest this segment is attracting.

Yet, there’s a lot to be done in the NFT space. There are typical issues such as the fact that artists can’t necessarily enjoy the benefit of NFTs unless they’re attached to a big project or already have a big following or that a buyer has purchased an NFT may not have many options for it. And that’s what a new project referred to as NiftyPays aims to solve. Read on to find out what makes NiftyPays worth paying (pun intended) attention to.

The best way to define NiftyPays is that it sits at the intersection of DeFi and the NFT ecosystem. What that means is that it aims to deliver the flexibility of decentralized finance with the uniqueness of the non-fungible tokens. For artists, it makes it extremely easy to list their NFTs and attract buyers. Whereas for collectors, it offers them a chance to use NFTs as an alternate asset class (AAC). This means they can get features such as staking, leasing out NFTs, and the ability to have fractional ownership. Most importantly, the project offers access to the DeFi ecosystem like Aave and Compound for compounding benefits.

The team of NiftyPays is primary based out of India, and has a rich experience with several blockchain projects:

The NiftyPays project is backed by the who’s of the investing community in the blockchain space. These include AU21, Moonwhale, GD10 Ventures, and Chronos VC, among dozen others.

NiftyPays has a utility token that is aptly dubbed $NIFTY. It’s a deflationary token that can be used for multiple things such as yield farming, lending and borrowing, fractionalization, and delegated staking. Anyone who wants to list on the platform, they’ll need to stake $NIFTY. The staking requirements will be based on a bonding curve, i.e. people who join early will have to stake a lower amount versus those who join later. The image below gives a better illustration of the same.

Users of the platform can also stake $NIFTY, and in return, they’ll receive more tokens. They’ll also be able to back other projects using delegated staking. These rewards will be distributed from the Community reserve pool at 0.1 % of the outstanding tokens in the pool per day and split between people who have staked their NFTs.

After the token-generating event, the project is expected to have a market cap of $918.5K. In comparison, the total supply of $NIFTY would be 180 million, out of which 27% would be available at the token sale. 25% is reserved for the treasury, followed by 20% for the core team. The graphic below shows the token distribution among all the stakeholders.

NiftyPays also collect the fees for unstacking, interest on loans, liquidation of collateral, and fractionalization. 10% of the fees collected on the platform will be used for buyback and liquidity pool.

While NiftyPays isn’t the only platform for lending (there are other startups like NFTfi), it certainly has a couple of features that make it stand out. Depending upon the NFT — and whether it has a history or not — the lending options would be either lending via a pool or P2P lending.

In case of an NFT without any history, the borrower will need to deposit the NFT as collateral and suggest a price, interest rate, liquidation ratio, etc. The lender can choose to accept the terms or initiate a conversation with the borrower. Once the terms are finalized, the NFT holder will receive the loan as per the LTV ratio, whereas the lender will get APY. If the loan is approaching the liquidation ratio, the platform automatically reaches out to the lender and borrower.

In comparison, for an NFT that’s popular, then the price is determined by its previous sale value, the previous sale value of similar NFTs, its relative value and the transaction history of the addresses that have traded with this NFT. The owner of the NFT can deposit their NFTs in a lending pool, and receive an interest rate as per the utilization curve (image below).

If a borrower wants to receive a loan from the pool, they’ll need to post their NFTs as collateral. However, the maximum loan to value (LTV) one can get is 50% of the value of the NFT, while the liquidation ratio is 60%.

There’s also the reinsurance pool used to compensate lenders if the NFT collateral isn’t sold to repay a loan. The pool participants are rewarded with a percentage of all the fees collected on the NiftyPays platform.

Another key feature of the platform is fractionalization, with its sale being made in an exponential bonding curve. That means, once an NFT is fractionalized, its price would be higher, with the percentage of the price difference going back to all previous fraction buyers.

NiftyPays platform has a solid pipeline for development. Its presale as well as token generation event will be held within this quarter itself. In Q3 of this year, a staking farm will be launched. $NIFTY INO LaunchPool, as well as PawnShop and DeFi integration, will be launched in the last quarter of the year. In Q1 of 2022, the project will be introducing its fractional pool.

NiftyPays aims to be a force to be reckoned with in the NFT ecosystem. And it seems to be having all the pieces of the puzzle lined up well too. It remains to be seen if it’s able to stick to its promises to deliver these features.