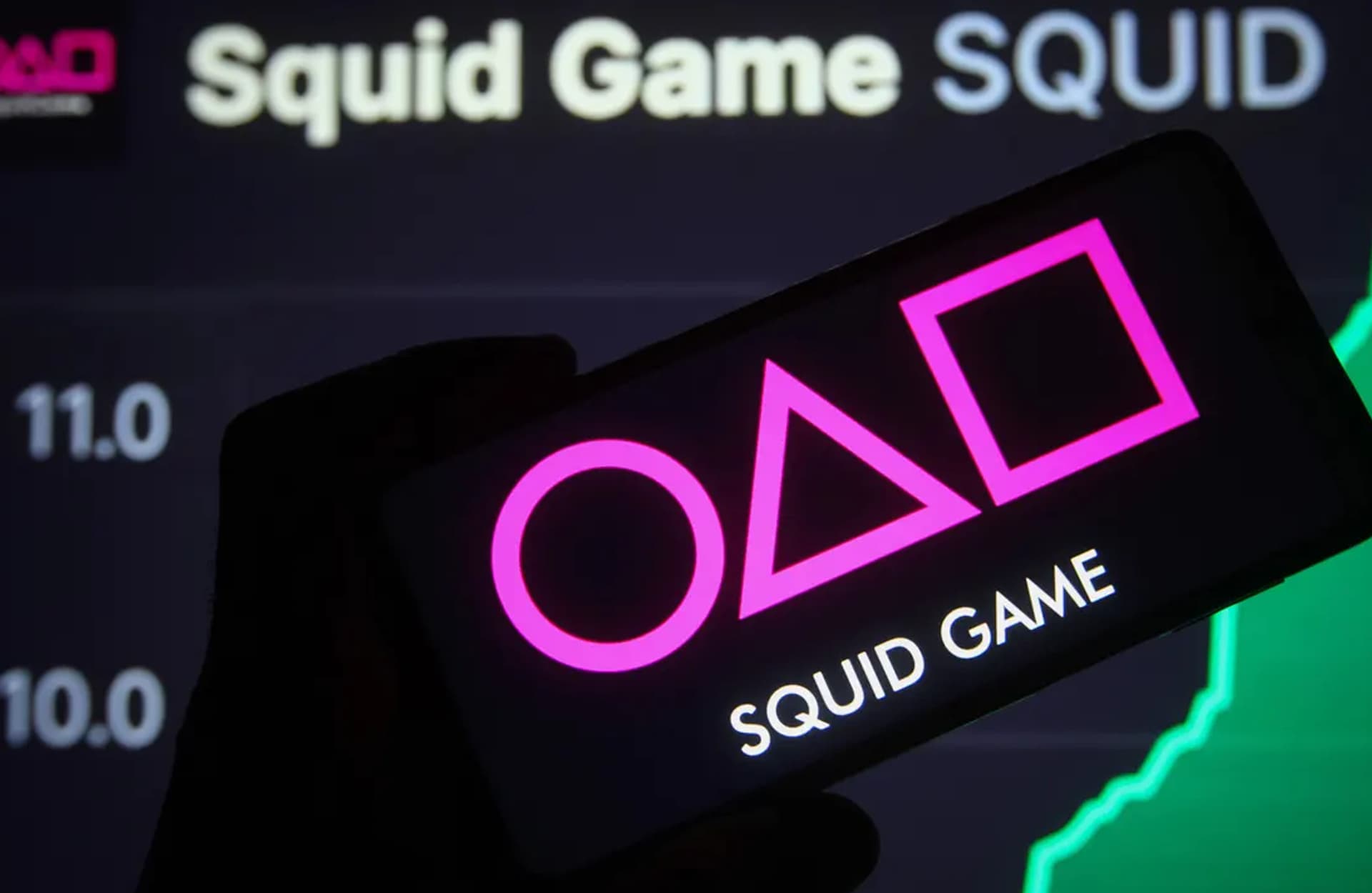 A new crypto coin inspired by the popular South Korean TV show ‘Squid Game’ made rapid strides in the markets. But, unfortunately, in less than two weeks after its launch, the coin turned out to be a major scam.

The cryptocurrency  Squid Game (SQUID) immensely collapsed in price. The developers appear to have created a scam, cashing in on more than $3 million. The creators of the Squid Game crypto are sitting pretty following a “rug pull” scam that took profits from tricked investors.

Squid Game cryptocurrency began as a pay-to-play token on October 20. The coin holders were promised that they could participate in an online game inspired by the Netflix show, which was to be available on the network from November.

Squid Game – The Scam was in the Air

There were plenty of warning signs regarding the scam and the sniff of it. Leading crypto website, CoinMarketCap said it had warned the investors about the suspicious behaviours of Squid Game coin.

Furthermore, the investors were asked to do their due diligence and exercise caution while trading with this coin.

Squid Game’s website has disappeared at the time of writing, along with any other social media presence. The Twitter account, with 57,000 followers, was blocked due to “unusual activity“.

Some crypto figures have commented on the SQUID case. Such as the main contributor to the DeFi Sovryn Bitcoin protocol, Edan Yago who commented:

Squid Game the token, was true to the game presented in the Netflix show. Greed made victims of the participants, who all got financially slaughtered. Many will see this as proof that governments should try to regulate the space.

However, no government can regulate borderless activity. Crypto is self-regulating, and participants should seek out those platforms that provide the best self-regulation.

Things You Should Know

There were warnings, loopholes and even price fluctuations. Here are the after-effects and everything else you need to know about the Squid-Game surge.

Another red flag was that its website was “filled with poor grammar, bizarre spelling errors, and claims that are impossible to verify.”

You can buy but not sell the coins

The most significant loophole in the token was the absence of an option to sell the coin. Thus, while investors could buy the coin, there were no avenues to sell them. Given this, no matter how much the token gained, the investors had no choice but to opt for a cash-out.

Some of the other evident loopholes also included:

Not the First time

It is not for the First time that the popularity of a TV show has been used to create crypto coins. Earlier this year, a crypto coin Mando, named after the famous Disney show Mandalorian, was launched. But Disney was quick to warn the investors that it had nothing to do with the coin.

Mando, a digital currency based on “The Mandalorian” television show which is featured on Disney Plus. Mando turned out to be a classic pump-and-dump scheme, and Lorion himself lost as much as $10,000 in the coin. He is now asking his fans to forgive his attachment to the asset.

The website for Mando first appeared on March 25 of this year. It used several pictures of the characters from the series without permission and was allegedly so convincing that many people felt like they would be missing out if they did not get involved right away.

After the token’s value went down to zero, investigations began. Binance has indicated that it is actively cooperating with law enforcement to find out who the scammers are and possibly recover some stolen funds.

This was a classic pump-and-dump, or “rug pull” scheme, and feels somewhat involved because it developed the blockchain used by the DEX PancakeSwap, namely Binance Smart Chain, on which the token was issued and traded.

The fact is that anyone can create a token on Binance Smart Chain and list it on PancakeSwap, so the risk of finding tokens created with criminal intent on DEXs is by no means non-existent.

On the contrary, according to a Binance spokesperson, these types of scam projects have become all too common in the DeFi industry.

The developers of the SQUID token have always managed to remain anonymous, and even from their Twitter account and website, it seems they cannot be traced. Tracking them down could be quite complicated, even if the movements of the tokens can be traced.

According to CipherTrace, more than $680 million was lost on crypto markets in the first seven months of 2021 due to theft, hacks and other illicit activities. Furthermore, 76% of these losses occurred on DeFi platforms.

At this time, the SQUID token is not entirely dead, even though the project’s development is now completely abandoned. However, compared to the peaks reached in recent days, its value is irrelevant now.

Considering how common crypto scams have become in recent years, it is quite easy to get stuck in one.

Besides, in this volatile and sensitive market, investors in the crypto world should deeply understand the high risks before investing, reading document releases, checking technical information and cryptocurrency white papers while understanding the associated hazard with crypto projects.

DOGE is literally going to the..