At what price did Michael Saylor buy the first trench of Bitcoin? 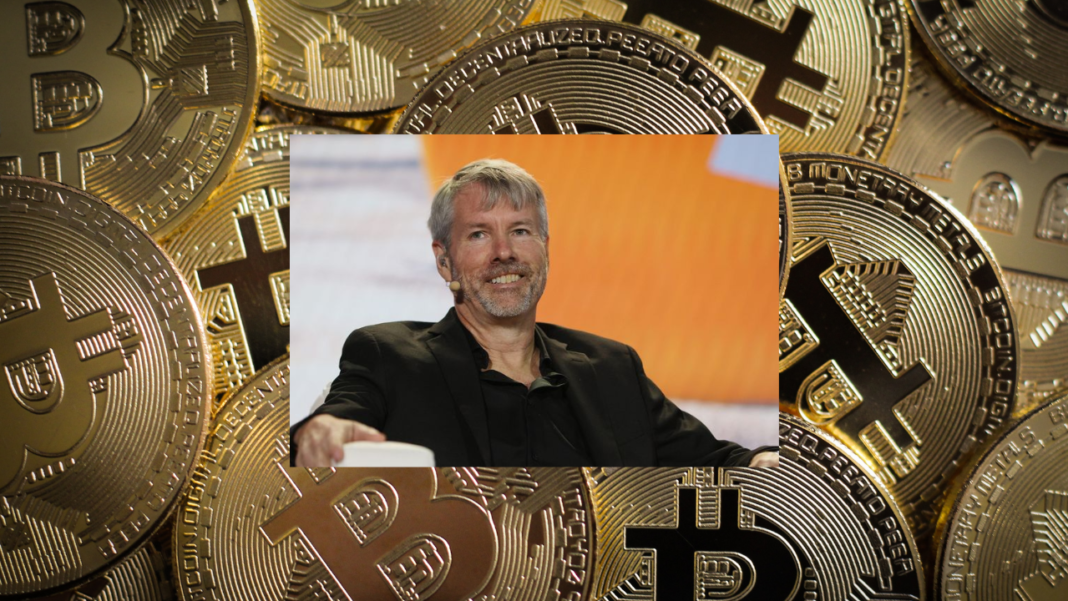 The crypto community knows about Michael Saylor pretty well. CEO of MicroStrategy, a well-known company in the world of business intelligence and cloud-based services, Michael is also known for its big purchases of the premier crypto, Bitcoin. His company has regularly purchased Bitcoin (BTC) and stacked them up as a holding asset. But why is he doing so? And before that, let’s talk about the individual himself.

Who is Michael Saylor?

Born in Lincoln, Nebraska on Feb 4th, 1965 Saylor’s early days hovered around various air bases in the world. His father was an Air Force chief master sergeant. Growing up, his family settled in Fairborn, Ohio near the Wright-Patterson Air Force Base.

Michael graduated from the Massachusetts Institute of Technology with a double major in aeronautics and astronautics; and science, technology, and society. Following that, he got a job at The Federal Group, a consulting firm moving on from which he joined as an internal consultant at DuPont. At DuPont, he developed computer models to help the company anticipate change in its key markets.

How did his company, MicroStrategy grow?

MicroStrategy began developing software for data mining and then focused on software for business intelligence. A few years later, his company won a $10 million contract with McDonald’s to develop applications to analyze the efficiency of its promotions.

Following some years, he took his company public, starting an IPO of 4 million shares at $12 each. However, the stock price doubled on the first day of trading. By early 2000, Saylor’s net worth reached $7 billion.

When did MicroStrategy start purchasing Bitcoin?

During a quarterly earnings conference call in July 2020, Saylor announced that his company will explore purchasing Bitcoin or Gold as an alternative to cash. At that time, MicroStrategy used a $250 million cash stockpile to purchase 21,454 Bitcoin (1 Bitcoin = $1,165).

How much Bitcoin does MicroStrategy hold right now?

Personally, Michael Saylor has stated that he has over 17k Bitcoin at an average purchase price of $9,882. Moreover, he has claimed that he hasn’t sold any of the Bitcoin yet.

What does Michael Saylor think about Bitcoin moving on in the future?

The CEO of MicroStrategy supports Bitcoin and thinks of it as an invaluable asset in the future. He thinks Bitcoin is a better store of value than gold and has regularly had arguments with the supporters of the Gold commodity.

Moreover, Michael has stated that it’s highly doubtful that the premier crypto will plunge to zero. In fact, he thinks that Bitcoin could one day hit the million-dollar mark. While he did not predict any timeline for that, it’s safe to say that according to him, it’s bound to happen someday.

However, crypto markets aren’t in their best state, in fact, they are far from it. Bitcoin is below the $20,000 support mark and the global crypto market cap has plunged below a trillion dollars. Also, many major crypto-centric companies have paused transactions on their network in respect of such unstable situations.

Amidst all this, Michael is fine with his company’s view on their Bitcoin holdings and thinks that they have sufficient collateralization for justifying a $200 million loan for Bitcoin.