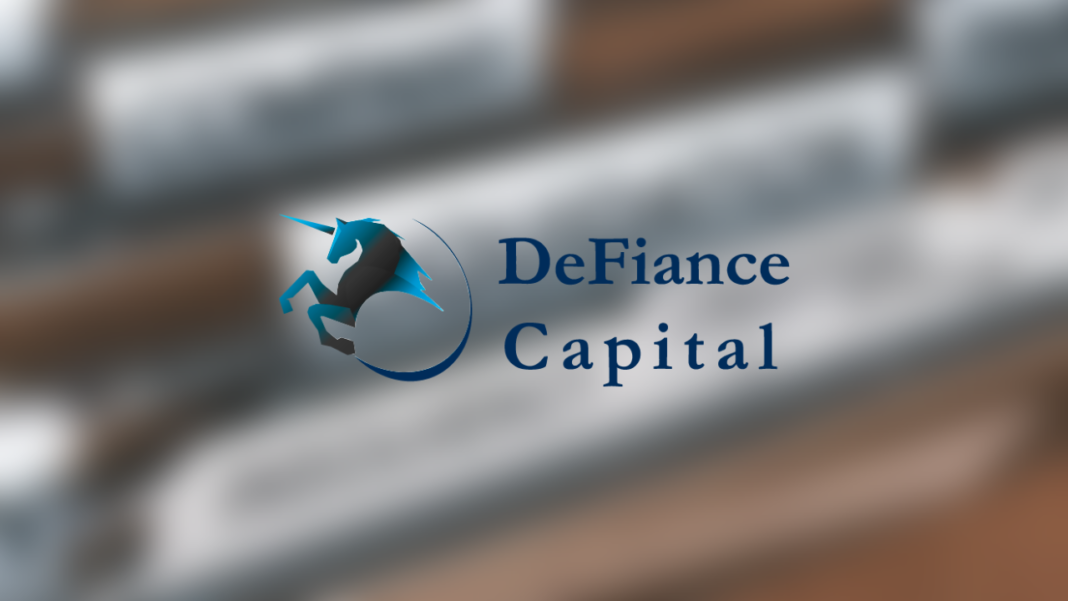 DeFiance Capital, a crypto hedge fund has recently issued a statement saying that the liquidation of rival fund Three Arrows Capital has “materially affected” the fund.

Moreover, the fund has published a statement on Twitter stating that they had “no visibility” of Three Arrow Capital’s financial statements or conditions.

According to them, they only came to know about the situation of Three Arrows Capital after the news broke out in June. Moreover, the company said:

“Arthur Cheong is committed to taking all necessary steps to protect, preserve and recover all assets which are and were owned in the context of DC’s business.”

When the situation regarding Three Arrows Capital became grave in June, DeFiance stated that they are “actively working to resolve the situation”.

At that time, DeFiance along with Avalanche and dYdX addressed the community’s concerns about 3AC’s financial troubles. In fact, all of them tried to distance themselves from the crypto hedge fund and assured their users.

Avalanche also tweeted regarding 3AC’s situation, stating that 3AC does not manage its treasury funds:

This is important as, at its peak, 3AC managed billions of dollars. Moreover, its founders, Su Zhu and Kyle Davies became one of the most vocal crypto market participants.

Coming back to DeFiance, the fund detailed that they are an entirely separate entity to Three Arrows and that “none of DC’s assets under management were raised from 3AC.”