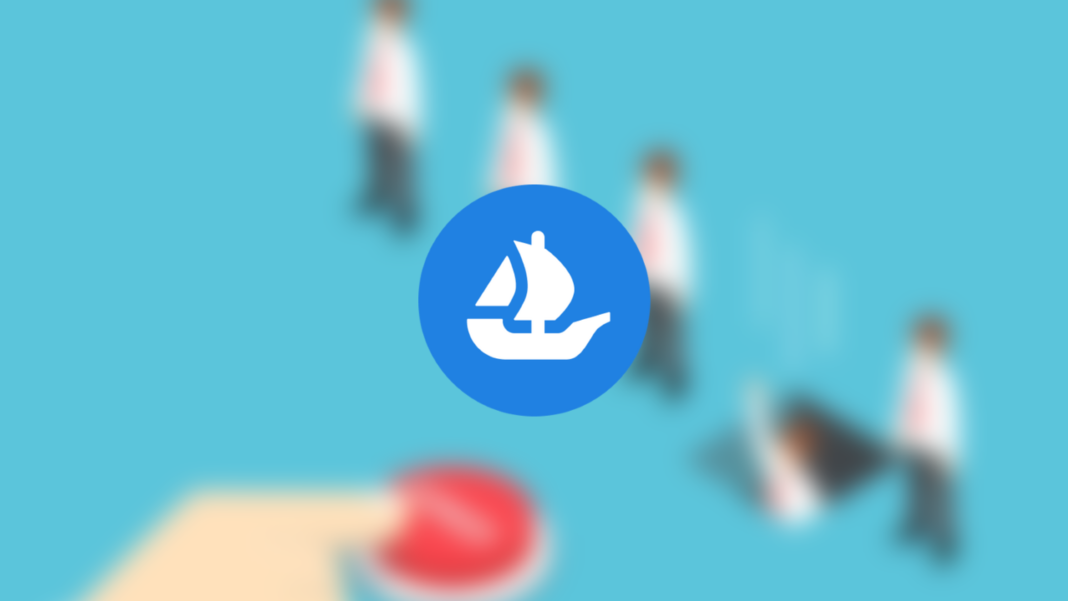 Co-founder and CEO of popular NFT marketplace OpenSea, Devin Finzer has announced that they are laying off about 20% of its employees.

According to Forbes the company has over 300 employees as they recently employed more than 70 people. However, an OpenSea spokesperson has stated that 230 people will remain in the company.

It’s no secret that OpenSea is a dominant player in the NFT market, with a valuation of over $13 billion. In fact, the company has recently received an additional $300 million in funding. Moreover, it earns about 2.5% commission on trades.

All this made a pretty good story for OpenSea until the market started falling. The crypto market is currently in its bearish period, with the most popular cryptos, Bitcoin and Ethereum, losing about more than half of their highest price. Moreover, the effect is prevalent in the NFT market with the sales data backing it up.

Finzer said that the company notified the affected employees directly in person before announcing the layoffs, providing “generous” severance, healthcare for the rest of the year, job placement assistance, and accelerated equity vesting.