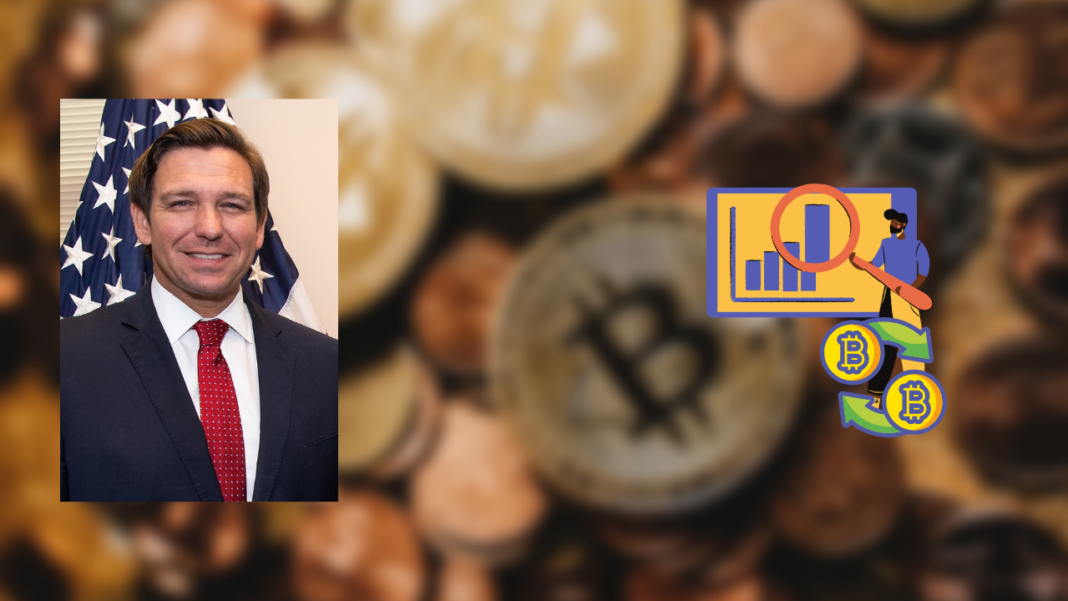 The governor of Florida, Ron DeSantis has recently stated that he’s working with state agencies for allowing businesses to pay tax via crypto. He said this during the signing ceremony for a bill focused on financial literacy.

The 46th Governor of Florida along with his fellow colleagues signed a bill mandating financial literacy in schools. He also talked about many subjects during the session, showing concern with U.S. President Biden’s recent digital currency-focused executive order.

According to him, there is a lack of understanding between people regarding decentralized crypto assets and CBDCs. On this subject, DeSantis said:

“There’s a difference between a decentralized digital cryptocurrency like bitcoin and what some are talking about doing at the federal level to convert U.S. dollars into basically a digital currency. I think there are a lot of hazards with that when that’s centrally controlled. I worry about the amount of power that [it] would give someone in a central authority to basically be able to shut off access to purchasing certain goods.

During the signing ceremony, DeSantis insisted that Florida is working on accepting digital currencies such as Bitcoin (BTC). De Santis said:

“I’ve told the state agencies to figure out ways where if a business wants to pay tax in cryptocurrency to Florida, we should be willing to accept that. We will accept Bitcoin, we’re working on doing that, for payments in the state of Florida.”

The governor of Florida is becoming well known for his pro-crypto stance. But he isn’t the only one doing so. The Mayor of Miami Francis Suarez is also a Bitcoin proponent. So much so that he gets a portion of his salary in Bitcoin.