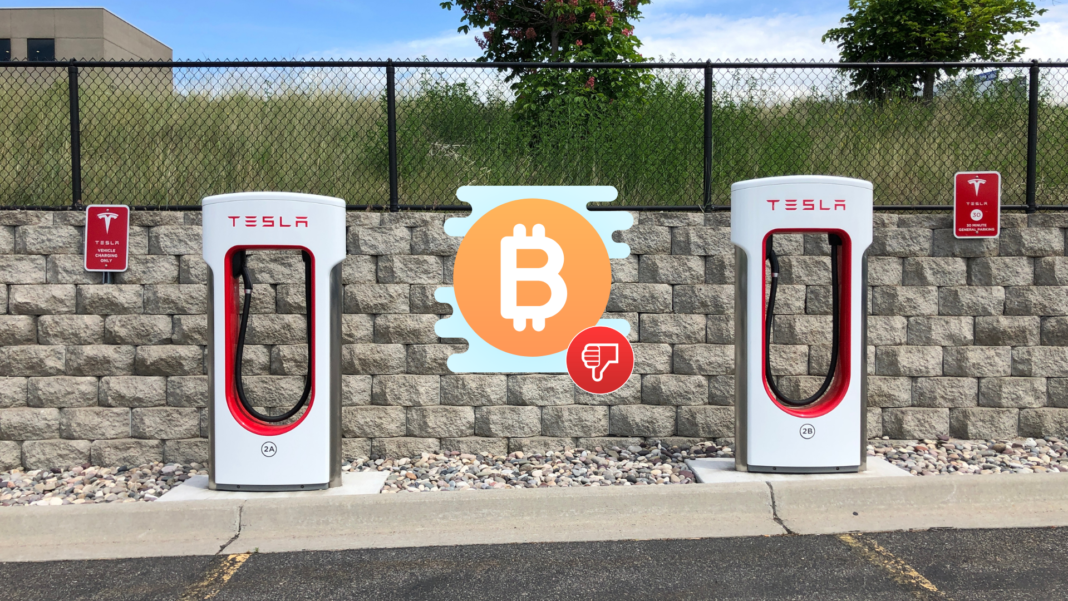 Tesla Inc has suspended bitcoin as a means of payment for purchasing its vehicles due to climate concerns. The company’s CEO Elon Musk said in a tweet yesterday, reversing his company’s stance towards the premier cryptocurrency.

Tesla had reported having bought about $1.5 billion worth of bitcoin, driving a roughly 20% surge in the premier crypto coin. Elon had earlier announced that customers can buy its electric vehicles using bitcoin.

Elon’s explanation about retraction is due to the substantial energy consumption BTC mining takes. Since the majority of the energy produced in the world is through non-renewable sources, cryptocurrency mining becomes ‘taxing’ for the environment. The data available from the University of Cambridge and the International Energy Agency also confirm the statement.

As of now, Bitcoin mining consumes the same energy as Netherlands’ annual energy consumption in 2019. Although it doesn’t look like a big deal now, if certain measures aren’t taken soon, the number will soon increase to very worrisome levels. Since 2015, BTC mining’s energy consumption has grown by 99 times.

Although concerns about BTC mining regarding mining are valid and should be considered, one must wonder, why now? The growing ‘concern’ regarding crypto mining was completely valid at the time Tesla announced accepting BTC as a mode of payment in March. In fact, the concern about energy consumption has been around cryptocurrencies for a long time and will probably last until the major portion of the energy is derived from renewable resources.