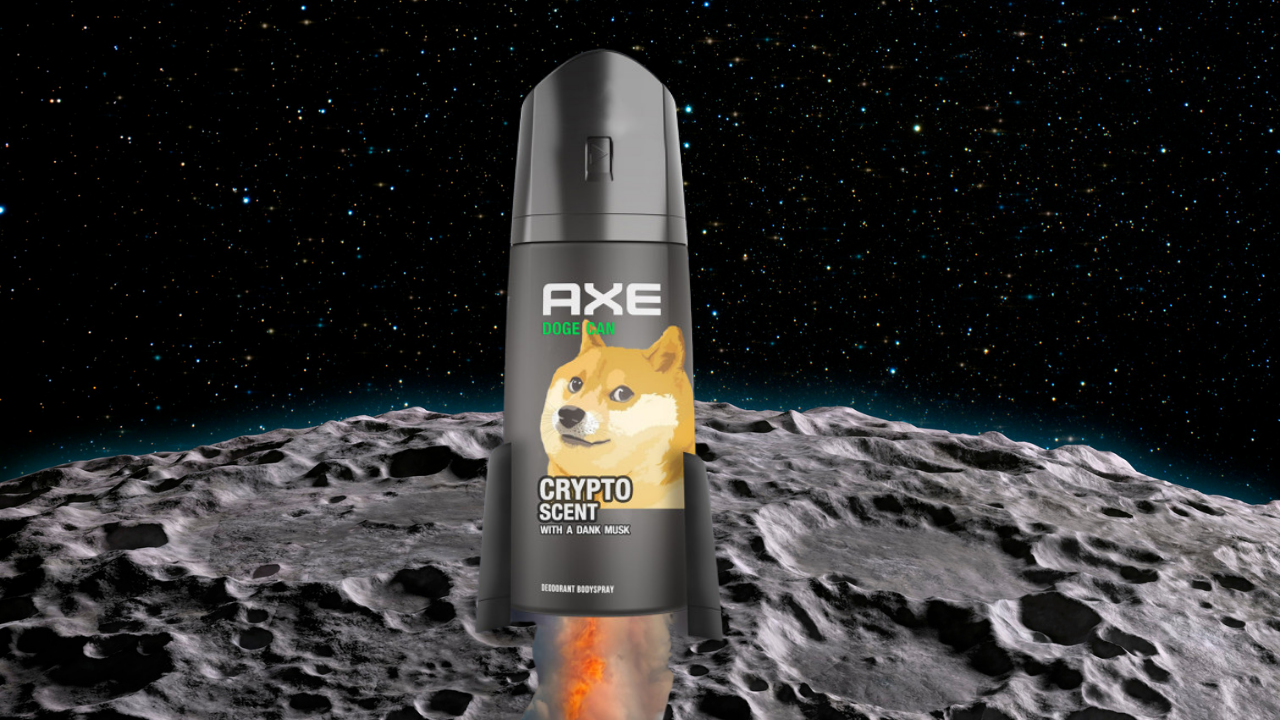 Seems Like Doge has one more admirer in Axe, is a deodorant brand. The brand is taking advantage of the insanely popular DOGE to push its products, Dogecan, towards a wider audience and create an X Effect.

On its Twitter handle, Axe tweeted a photo of the Shiba Inu with a message “hey #dogearmy who’s ready for the #dogecan.”

Axe had previously revealed the plan about launching a dogecoin-themed deodorant if the meme crypto reaches a dollar price on April 20, 2021. Sadly it never happened.

April 20, or 4/20 is an important date for people interested in the meme and it tarted by the marijuana community and celebrities like Snoop Dogg and Elon Musk.

Over time, 4 20 gained virality for memes and started getting associated with DOGE too. Recently Doge fans have been making memes and spreading them all over the internet to create awareness about the Doge coin and also hoping that the push will take it past the $1 mark. Though this never Happened but term Dogeday was coined!

On Dogeday, DOGE even crashed severely at around $0.31 from $0.41. Although DOGE’s notorious supporter Elon Musk’s appearance at SNL pushed it to a record high of $0.71, the meme-crypto again crashed to $0.30.

So, Will DOGe hit the moon, I mean $1 mark time will tell but Axe feels that Dogecan will be hit.

DOGE is currently not at a good spot at around $0.17, the wildly speculative crypto could soon shoot up in a matter of hours with such cryptic tweets.

Will investing in Bitcoin make..

Cardano getting closer to sma..