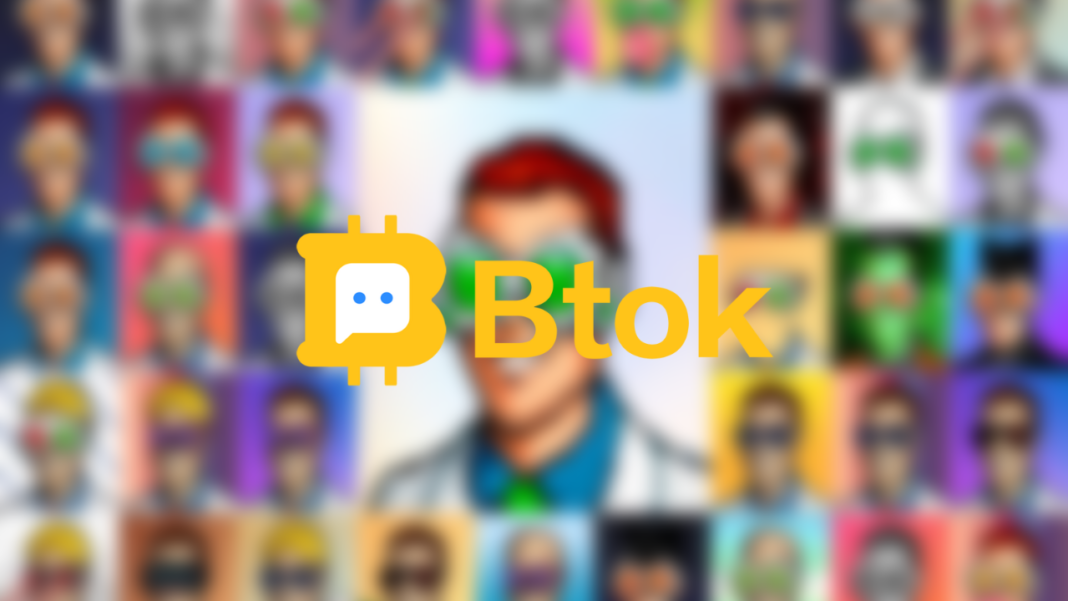 NFT is the new ‘hot word’ right now, there is no doubt about it. Non-fungible tokens (NFT) made huge strides last year, so much so that many significant celebrities have started to own some of them. This led to an exponential growth of the technology with billions of sales of these tokens last year. However, there is a new social network, Btok that has made an NFT as its brand ambassador, a first of its sort.

Btok is a social network aiming to connect people to the blockchain world. Through this platform, users can join like-minded blockchain enthusiasts, and fellow investors, learning the latest project news firsthand.

Btok Platform keeps its user content on the decentralized network’s ledger. By doing so, it avoids censorship so that users remain in total control over their content. Due to their new approach, they have gained a lot of popularity.

As of now, Btok has a community of over 10 million blockchain users. Also, they have built over 1,000,000 groups, becoming a gateway to the blockchain world.

Users can register on the platform through Android or iOS platforms. On registration, one must enter their phone number to sign up. Following that, users can access the blockchain community. Btok boasts of over 1,000 company partnerships, including Bithumb global, Binance, Huobi Global and LBank, etcetera.