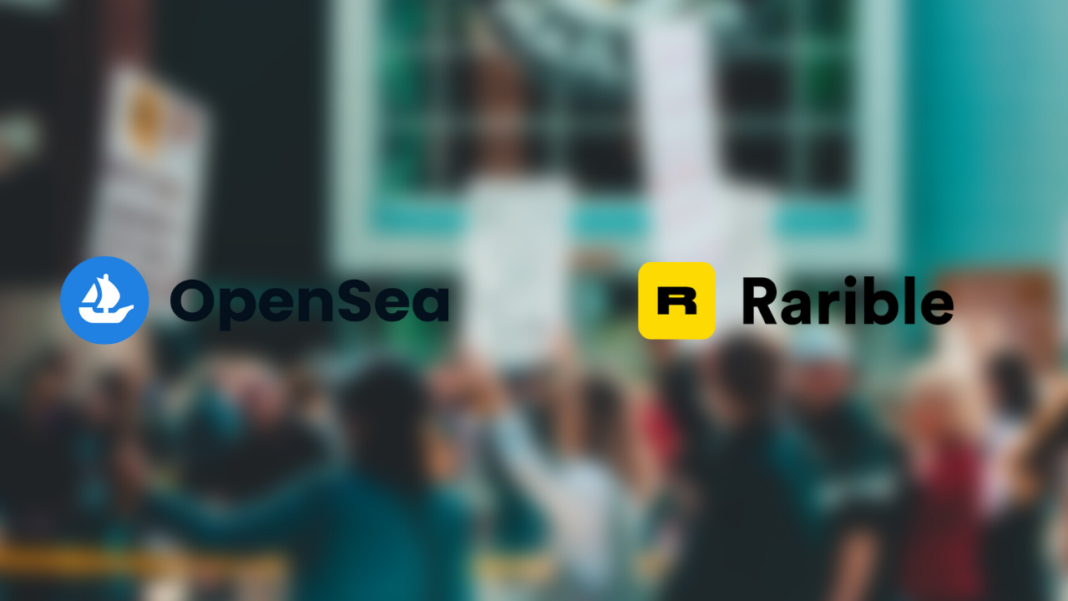 NFT is undoubtedly one of the fascinating technologies in the world lately. However, with such a new technology, challenges are surrounding it, too & one of them is censorship. Recently, revelation from a political cartoonist has given some trouble to two of the popular NFT platforms, OpenSea and Rarible.

Stonetoss, a political cartoonist behind Stonetoss comics, has feared that OpenSea and Rarible are being used as a tool for political censorship. He gave this revelation on his Twitter account.

During an interview with Bitcoin.com, Stonetoss narrated an experience involving his new NFT collection named Flurks. Flurks is a collection of 5,000 generative art pieces.

The project has a resemblance with the famous ‘Bored Ape’ and ‘Cryptopunks’ NFT projects. Moreover, he also mentioned that the entire NFT inventory sold out in 22 minutes.

Stonetoss mentioned that his collection had strong demand and garnered 420 Ethereum ($1.8 million) after the sale. However, after six hours, OpenSea and Rarible delisted these NFTs from the platform for unknown reasons.

Surprisingly, Rarible delisted the NFT again without any reason but the cartoonist suspects political censorship:

“We believe this de-platforming on both Opensea and Rarible are attempts at political censorship. Because my work as a cartoonist is often political, I have been the regular target of de-platforming campaigns by those who disagree. In response, I have addressed many of the claims made against my work by those wishing to de-platform it.”

Stonetoss alleged that even after reaching out to official support channels or Twitter, he hasn’t received any reply from both of the platforms. This is an embarrassing factor for a platform touting itself as an art market.