Phoenix VC: Everything you need to know about the Dubai-based investment firm 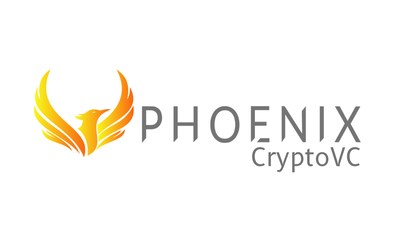 Cryptocurrencies have redefined the traditional way of fundraising. Instead of looking for investment firms, projects can raise money from the users themselves. Be it through selling tokens via ICOs, or other mechanisms, we’ve seen crypto and blockchain-related projects managing to raise huge sums of money. But that doesn’t mean that there aren’t crypto VCs. There are a number of popular crypto VCs in markets like the United States. However, we don’t hear about such firms in emerging markets. Phoenix VC aims to change that narrative. Focusing specifically on the United Arab Emirates and Dubai, the firm has been backing several projects in this space. Wondering what makes it special? Read on to find out.

What’s the vision behind Phoenix VC?

At its heart, the Phoenix view is that all investments (Crypto or otherwise) must cross the hurdle of risk versus possible returns. That, and a mandate to support the blockchain ecosystem. Thus, Phoenix VC wants to bring value-investing principles – a concept that’s really popular in equity markets – to the virtual currency space. It invests in all stages of the company – right from seed to public rounds.

Phoenix VC aims to back projects that offer real value to the blockchain ecosystem. The firm believes that blockchain will revolutionize a lot of industries and change the way we think about ownership of data.

Unlike other crypto VCs, Phoenix VC brings in its regional understanding. It backs projects that have a global play, yet also have a focus on the Middle East and Africa. It also looks at the projects from both fundamental and technical point of view by analyzing the team, product-market fit, and more. In terms of the kinds of projects, Phoenix VC will invest in, they include exchanges, protocols, stablecoins, and smart contract platforms, among others.

Who are the partners of Phoenix VC?

Based out of Dubai, he leads the investment-related decisions for the investment firm. Bijan handles Bitmain distribution in the region, and focused on Finance, Compliance, Operations, and Investor Relations for Phoenix VC.

With over 15 years of experience, Munaf Ali is a banker. He leads Market Development for Phoenix VC focusing on building corporate relations and developing a startup ecosystem.

What are the most notable investments by Phoenix VC?

In a short span of time, Phoenix VC has become a notable investor in the popular cryptocurrency projects in the region, including:

Hailed as the world’s first decentralized agreement dApp based on Polkadot, PAID network was launched in Jan 2021. It makes it easier to avail the legal counsel in an inexpensive manner.

Phoenix VC invested in Predictr.club in December 2020 in a seed round. It’s referred to as the world’s first P2P ERC-20 prediction platform.

While NFTs are gaining massive traction, most of them are built on top of Ethereum which has huge gas fees. Flow aims to be the blockchain for the next-gen apps, games, and digital assets. It already powers Top Shot, which is among the top NFT marketplaces, along with many others.

Read: How to create an NFT easily: a step-by-step guide, 5 most expensive NFTs of all time

Saito is a new project that’s an open network layer allowing users to run blockchain applications directly in their browsers. Users won’t need to download any plugins to the same. It recently closed a $2 million presale round led by Spark Digital Capital, Block Dream Fund, and others, including Phoenix VC.

Other projects that are worth watching out for and have been backed by Phoenix VC are ACDX, Skale, and Kylin Network.

Shield Finance: Everything you..