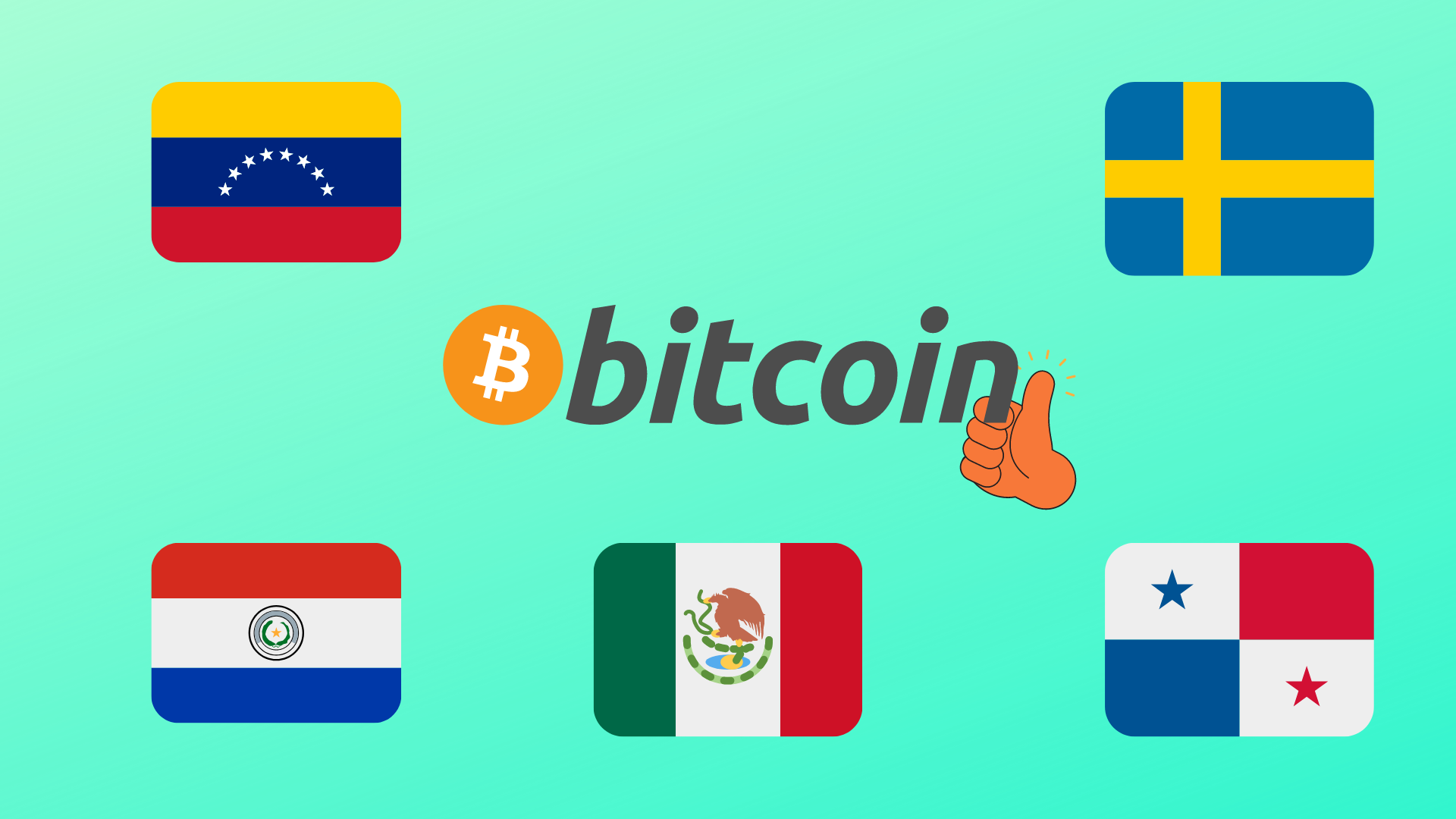 After a historic decision of legalizing Bitcoin as a payment medium in El Salvador, it is expected that a lot more countries could follow the footsteps of the former.

Although some international financial institutions have their reservations about it, and some nations even have called for an outright ban on cryptocurrencies for old and generic reasons, it is doubtful that we could see the effect of these statements around the world. Moreover, many financial institutions, including the bigger ones, are updating their systems to incorporate cryptocurrencies. Not only that, but major financial service companies like VISA and Mastercard are also looking into the potential applications of cryptocurrencies to usher in this untapped market.

El Salvador may have become the first country in the world to legalize Bitcoin, but many countries had already been ‘eyeing’ Bitcoin as an alternate payment medium. These countries had incorporated changes in their legislatures to make cryptocurrencies, a payment medium, liable for taxation.

With time, the cryptocurrency market started positioning itself like equity markets with a ‘catch’. Unlike the latter, which has a governing body checking for illicit trading, the cryptocurrency market doesn’t have a governing body directly checking their transactions. This is also due to the nature of crypto transactions which generally don’t go through a central authority, making it difficult to be traced back. So instead of digging deep into that, I’ll briefly mention the countries:

But this isn’t about which countries are actively looking into these alternative payment mediums. Instead, we’re here to talk about the countries that could potentially follow in the footsteps of El Salvador in incorporating cryptocurrencies.

Paraguay is a South American nation that could be the next place where Bitcoin can be adopted as a legal tender. As per reports, one of its congressman Carlos Rejala plans to introduce a bill to make the country more attractive to the crypto industry.

He plans to allow crypto firms to finance their operations in Paraguay using cryptocurrency, remit dividends abroad, and capitalize any profits by cryptos into local banks. The country also has the advantage of low electricity costs and major reliance on electricity from renewable resources, making it an eco-friendly solution. If everything goes smoothly, the congressman will present another bill making Bitcoin legal tender later this year.

Countries in Central America are also taking notice of how cryptocurrencies are being incorporated, and the most promising of all seems to be Mexico and Panama. Panama seems to be making a grander effort since it serves as a critical shipping lane and could make waves globally if it incorporates cryptocurrencies like El Salvador.

Many Panamanian politicians have supported the adoption of Bitcoin and are expecting a friendly proposal to appear before the country’s lawmakers before the end of summer.

Mexico isn’t far behind, though and has seen discussion regarding adopting some form of digital currency. However, after El Salvador’s decision, the weight seems to have moved towards Bitcoin instead of a Central Bank Digital Currency (CBDC).

Although Venezuela has faced a tough time due to ongoing US sanctions against the country, the country had unveiled its own cryptocurrency named Petro in 2018. But that doesn’t seem to have grown till now, so the country is planning to adopt bitcoin since it is a widely accepted and proven blockchain payments network.

Adopting Bitcoin will also appeal to the government since the country’s fiat currency has tanked despite vast reserves of oil and gold.

Although I’ve mentioned a few of them doesn’t mean there are the only ones. Many countries have attributed a positive outlook towards Bitcoin and especially the crypto industry in general. Among these, some of them are the Central and South American countries like Brazil, Argentina and Nicaragua who all have voiced for replicating El Salvador’s legislation in their respective countries.

This isn’t limited to the west and countries alongside European Union like Malta are also considering incorporating cryptocurrencies due to their rising tech sector. Although there are hic-cups to solve from the EU region, things could follow suit soon.

Is pointing fingers at Bitcoin..