Donald Trump: Bitcoin is a scam! 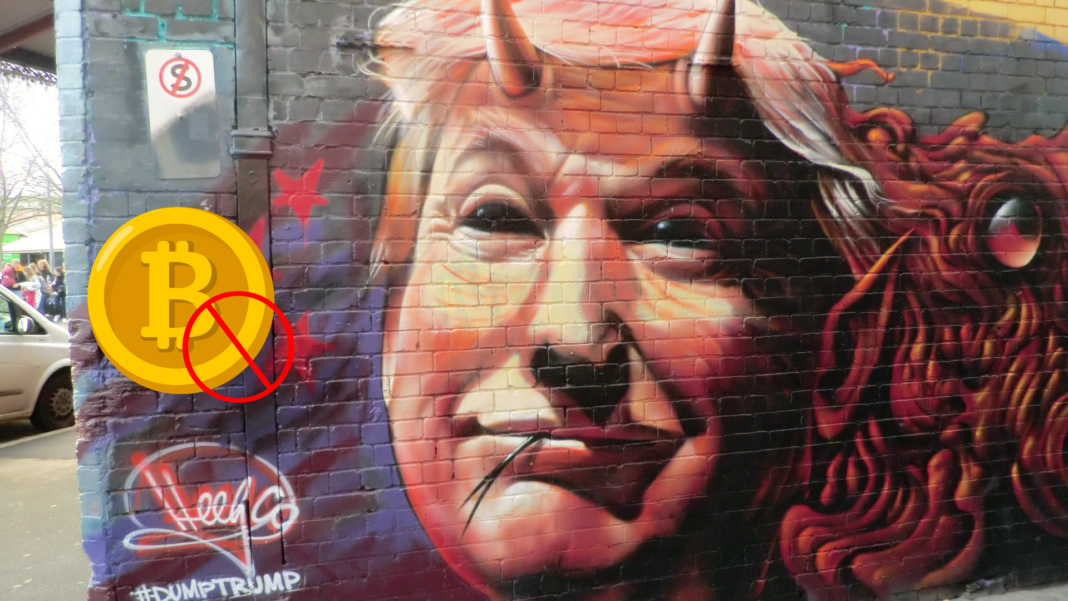 Former US President Donald Trump is back in the news, but this time around for his comment on cryptocurrency. He has labelled premier cryptocurrency Bitcoin as a ‘scam’.

In a recent interview with Fox Business Network, Trump said, “Bitcoin, it just seems like a scam. I don’t like it because it’s another currency competing against the dollar… I want the dollar to be the currency of the world. That’s what I’ve always said.”

At the onset of COVID-19, he downplayed the disastrous pandemic by not acknowledging the importance of preventive methods like Mask and Social Distancing. He had even accused his presidential competitor Joe Biden of using ‘performance-enhancing drugs’ in last year’s US elections and had bluntly rejected Russians’ involvement in the 2016 US presidential elections. Trump has had a flurry of controversial statements to his credit.

His statements near the end of his term as the U.S. president grew so controversial that Twitter had to suspend his account and banned him from the platform for two years. So, it isn’t surprising knowing that when a lot of major financial institutions are incorporating cryptocurrencies, his statement would be diametrically opposite to the conventional mood.

Trump’s statement regarding Bitcoin led to a plunge of almost six percent from around $36,500 to $31,277 in three hours. However, BTC plunged back and is riding between the 35 and 36 thousand dollar mark.

The price of Bitcoin is witnessing a downward trend since early May and has not recovered yet. During the initial months of the year, the digital token had climbed as high as $60,000.

As per market pundits, the current drop in Bitcoin rate is credited to electric car manufacturer Tesla’s U-turn from its earlier announcement of allowing the currency as a mode of payment. The company backtracked from the commitment and said it would no longer accept the premier cryptocurrency.