More
HomeNewsNew York Times selling an article as a token for $570,000
News 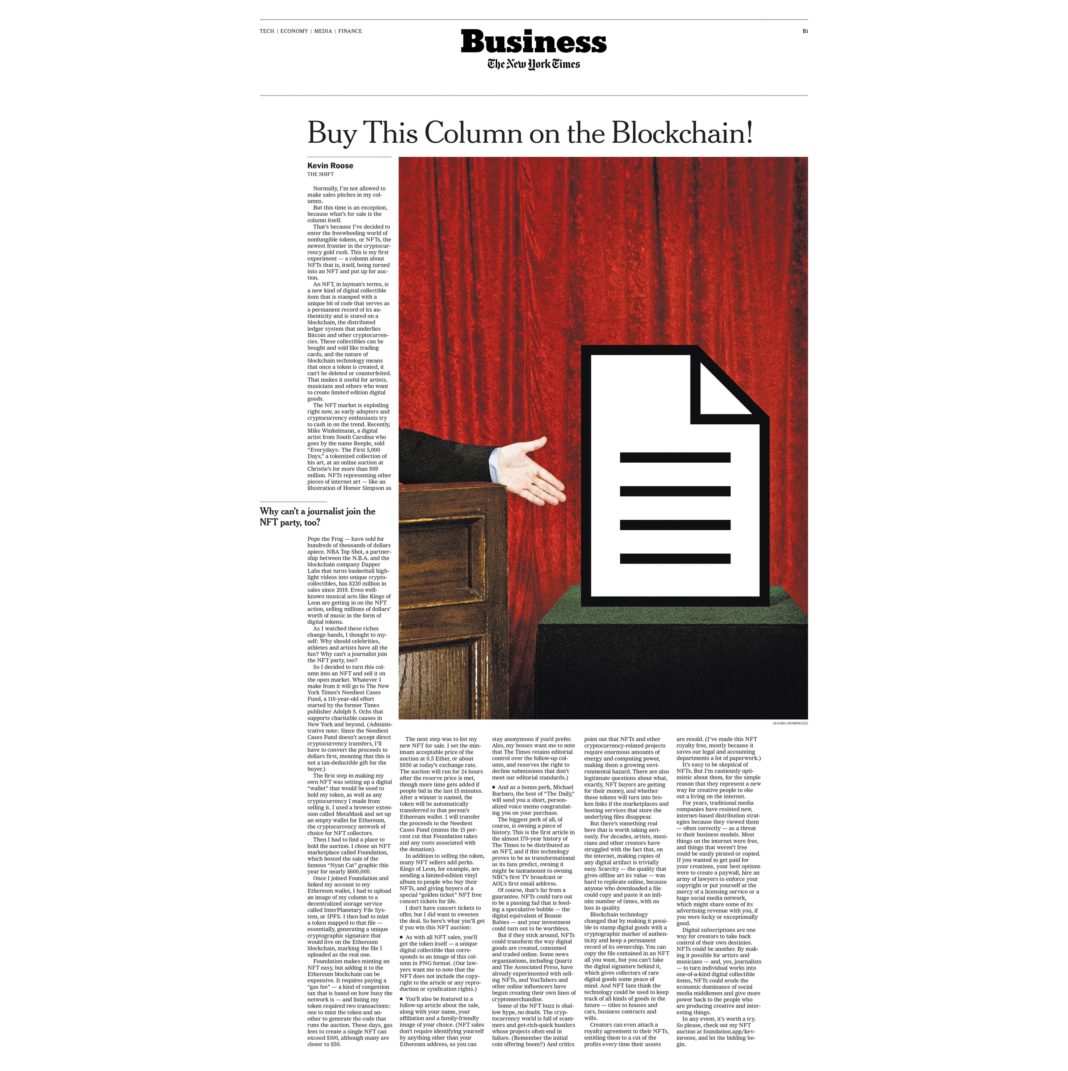 The NFT craze doesn’t seem to be stopping anytime soon. And now, even mainstream media is joining the bandwagon. The New York Times, the leading publication in the US, recently published an article explaining all about NFTs. But what was even more interesting is that the article’s columnist Kevin Roose turned it into an NFT. The article hence also managed to share more info about how to create NFTs.

The NFT was sold on the Foundation marketplace. The article was put up for an auction for just a day, and received multiple bids. The winner walked away with a bid of $568,666 (~350 ETH). The NYT also highlighted that the owner of the NFT will not only receive the PNG of the article, but also a congratulatory voice message from the host of The Daily podcast — which is one of the most popular podcasts in the world. More importantly, the buyer would be featured in the next piece on the NYT about the process of selling an NFT. The newspaper also mentioned that the proceeds of the sale would be going to NYT’s Neediest Cases Fund.

Worth noting that this isn’t the first time a publication sold an NFT. Quartz became the first publication ever to sell an NFT after a four-day auction which fetched $1,800. There’s also The Associated Press which sold an artwork dubbed “The Associated Press calls the 2020 Presidential Election on Blockchain – A View from Outer Space” for 100 ETH.

NFTs are going places. Right from artwork to sports, and from tweets to even articles, everything is being minted on blockchain and then sold for hundreds of thousands, and even millions. At the same time however, there are concerns about the environmental impact of using blockchains.