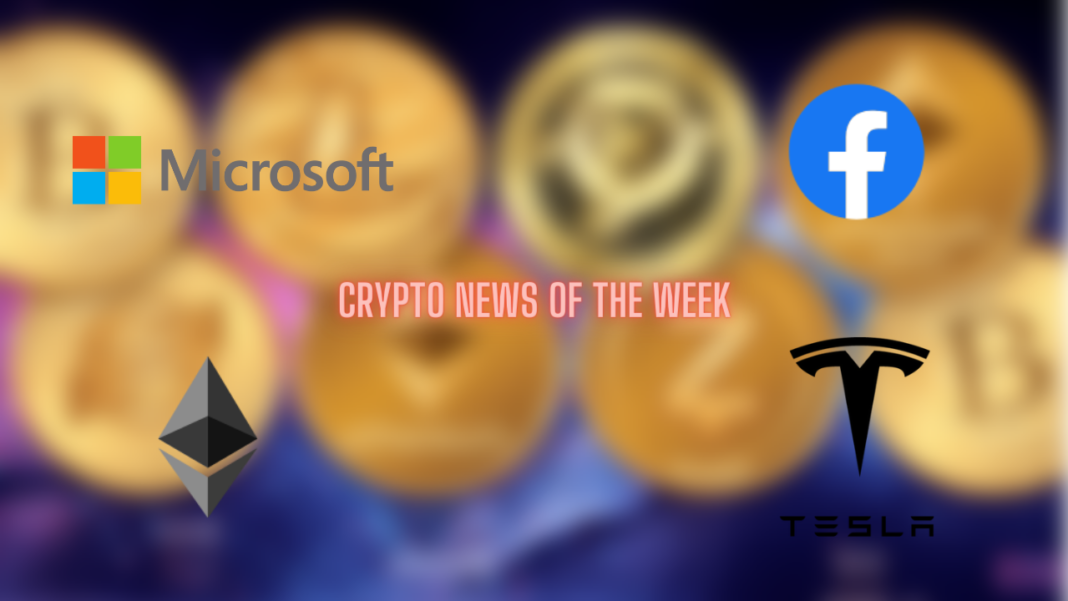 Microsoft is showing interest in the crypto industry through presenting implementations for combating piracy. Moreover, banks worldwide are also showing the same attention towards cryptos with various investments in crypto and blockchain companies. What more happened this week? Let’s talk about it in this week’s crypto roundup.

Kucoin’s success story of recovering from a hacker attack.

Kucoin is one of the leading crypto exchanges in the world with its main market concentration in Africa. In an unfortunate incident, the exchange met with a hacker attack wiping $250 million worth of digital assets. While it is difficult to recover the stolen funds, Kucoin with its multi-layered strategy was able to retrieve those funds.

It also showed the possibility of recovering from attacks that weren’t believable before. In an interview, he stated that the team had low morale after the attack which had to improve in order to retrieve those funds and safeguard their systems. With time though, the exchange not only recovered 84% of its funds but also tightened its security to prevent such attacks from happening in the future.

Full Story: How did KuCoin recover from the hack?

Microsoft thinking of using the Ethereum blockchain for anti-piracy measures.

Microsoft is planning to use the Ethereum blockchain to combat piracy woes. It will help in solving the nefarious Windows operating system and Office suite’s piracy woes. In a research paper, the software giant has studied a blockchain-based incentive system bolstering anti-piracy campaigns.

Microsoft’s new system, “Argus: A fully transparent incentive system for anti-piracy campaigns,” relies on the transparency aspect of blockchain technology. It aims to provide an incentive mechanism while protecting data collected from the open anonymous group of piracy reporters. It also enables backtracking of pirated content to the source with the corresponding watermark.

Although the project has its caveats mostly due to the congestion in Ethereum blockchain at peak hours, the paper explained that the team has optimized the cryptographic operations.

Solana had a a big price rally, possible positive crossover in future.

Solana coin’s price witnessed a strong uptrend and had made the breakout above $60. At the time of writing, the coin has also broken the $70 threshold.

Currently, Solana currently dominates 0.59% of the market and has a market cap of more than $22 billion. Its volume to market capitalization is near 0.031 that suggests a weak bull trend. However, The coin had returned more than 13,000% on investment which had made a profit for an impressive amount of investors. While the coin had fallen after a price rally to around $24, Solana had recovered from it and is on a buying spree back then.

55 banks worldwide have their investments in Crypto and Blockchain companies.

Barclays, Citigroup, and Goldman Sachs are one of the most active backers of crypto and blockchain firms. On the other hand, JPMorgan and BNP Paribas are some of the most active investors in the emerging space. Moreover, The research also showed that crypto custody is a major focus point for banks. Almost a quarter of the top 100 banks are either developing crypto custody solutions.

In fact, the funding figures for this year have already crossed the previous year’s number by two times.

Alibaba brings up its own ART marketplace for NFTs.

Chinese e-commerce giant Alibaba has launched a new marketplace for NFTs. According to the reports, Alibaba’s Auction platform launched “Blockchain Digital Copyright and Asset-Trade.” Sichuan Blockchain Association will issue the NFTs on the platform.

This is in line with the country’s aim to become the most advanced blockchain-powered country in the world by 2025.

Full Story: Alibaba launches its own ART marketplace for NFTs

The Brazilian Federal Police has launched a probe against crypto-related money laundering crimes. Several seizure warrants were executed due to the probe involving several policemen.

They carried out 34 search and seizure warrants in several cities of the country. These cities were Goiânia, Campo Grande, São Paulo, Laranjal Paulista, Recife, and Vitória. Moreover, they did not only limit themselves to the execution of these warrants about crypto-related money laundering. They also issued an order of blocking 30 bank accounts and crypto portfolios through a Federal Court in Goiás.

As of now, the amount of funds involved in all these activities is not in the public domain.

Electric vehicle manufacturer Tesla in its 2020 Impact Report talked about incorporating blockchain technology. As of now, they are looking at two blockchain solutions that can trace raw materials used in EV batteries.

Re|Source is the name of one blockchain solution that traces cobalt in the Republic of Congo. On the other hand, the another one traces nickel sourced from BHP in Australia. Three DRC cobalt producers along with one technology partner have founded the project. The project was piloted in Europe’s DRC and EV battery manufacturers. There are plans to expand this to the U.S and Asian countries later this year.

The project is expected to launch in 2022.

Social media giant Facebook recently published a blog post talking about their new cryptocurrency wallet “Novi”. This is made by the company’s crypto division known as Diem.

David Marcus is heading Facebook’s blockchain program. Facebook with its ‘Diem’ crypto project is soon going to launch its new cryptocurrency wallet named “Novi”. He stated that they are in process of launching the crypto wallet is hiccup-free, unlike its previous stablecoin project which was riddled with resistances from global regulators.

The company will also try to offer fiat currency as a resort to increasing the crypto adoption rate among the public.

The Central Bank of the Netherlands, De Nederlandsche Bank (DNB) has also issued an official warning against Binance. According to them, Binance is providing crypto services in the country without the required registration from the DNB.

This is why the bank finds the exchange not complying with Anti-Money Laundering (AML) regulation. This is in addition to non-compliance with the anti-terrorist financing (WWFT) regulations. They also issued an official announcement regarding this activity. DNB stated that if users are using Binance for crypto services, the risk of involvement in money laundering & terrorism financing could become high.

As of now, Binance is at risk of getting its site blocked in the country due to non-compliance.

Liquid Global exchange is a Japanese crypto exchange that has suspended deposits and withdrawals due to a hacker attack. According to a tweet by the exchange, compromises are on their warm wallets and they are shifting the digital assets to an online storage system preventing further attacks.

As of now, the stolen amount from the exchange is unknown. Estimates are pointing upwards of $90 million including cryptos like Bitcoin, Ether, Ripple, Tron, etcetera. The company has stated that they are working with other exchanges to freeze those funds. They also discovered nine wallet addresses where the hacker is depositing the stolen funds.

They have talked about the attack in detail in their blogpost. Here, they described that the attack targeted multi-party computation (MPC) wallets. They also added that their Singapore subsidiary QUOINE PTE had faced damages due to the hack.