Project Watch: Battle of Guardians- Cocktail of Gaming and NFT 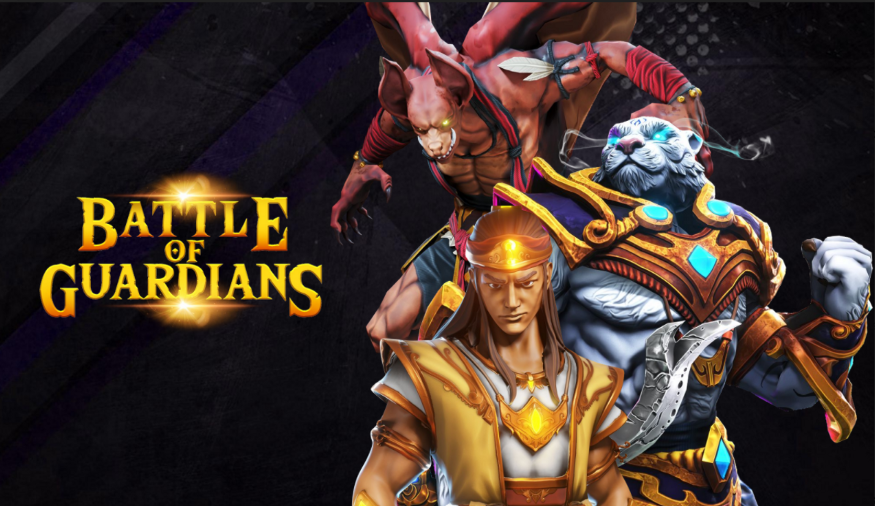 Blockchain Gaming is a hot topic in the industry right now. Back in 2017, CryptoKitties turned a lot of heads by introducing blockchain technology to the gaming industry. It was developed by Axion Zen, the game introduced unhackable assets. Your goal in the game is to breed, purchase, and sell virtual cats. The game operated on the Ethereum blockchain, which was evidently slowed down due to the hype of the game. The Non-Fungible Tokens of those kitties were listed on several NFT Marketplace BlocktoBay and a “kitty’ was even sold for $100,000.

The transactions in blockchain gaming are more akin to charging an entrance fee to fellow players to receive admittance to your personally built environment. Just like the platform, Battle of Guardians is also decentralized. We meet different types of characters with different abilities and goals.

The Core of Battle of Guardians

The Guardians or Gods hold the fate of mankind in their hands, the same guardians who once walked Earth alongside man. But times have changed, a portal to hell has opened, and Demons threaten to wipe out the world as we know it.

The epic battle aiming to end the war has begun, and nothing short of the fate of humanity is at stake. However, only one-on-one combats can decide who will be the predator and who’ll be the prey. Further, players engage in constant battles in the game, eliminating competitors and earning rewards within a fierce multi-realm, sci-fi game world.

BOG eyes to build a gaming economy and community that is both stable and has long-term potential in an ever-evolving environment. The developers believe that this project can lead the NFT Fighting Games Industry into a prosperous future. The goal is that developers, players, and investors all contribute to the ongoing creation of an ever-expanding Fighting Game Metaverse.

Each type of character will also have various tiers:

Each character and class host-specific advantages and traits, creating a dynamic playing field for balanced competition.

Players have the choice to participate in one of three game modes:

Unique Features of The Battle Of Guardians

Early-stage project development started only in October 2021. And IDO on November 2nd.

Why Invest in the Battle Of Guardians?

With the market valuation of fighting games sitting at $14 billion. Battle of Guardians is the first NFT play-to-earn fighting game, paving the way for the emergence of a new landscape of earning potential for the Fight Game Metaverse.

Furthermore, BOG’s commitment to the evolution and stability of the industry shows the power behind its vision for the future. Become a part of the community on the ground floor of this exciting new development within the blockchain multiplayer fighting game kingdom.