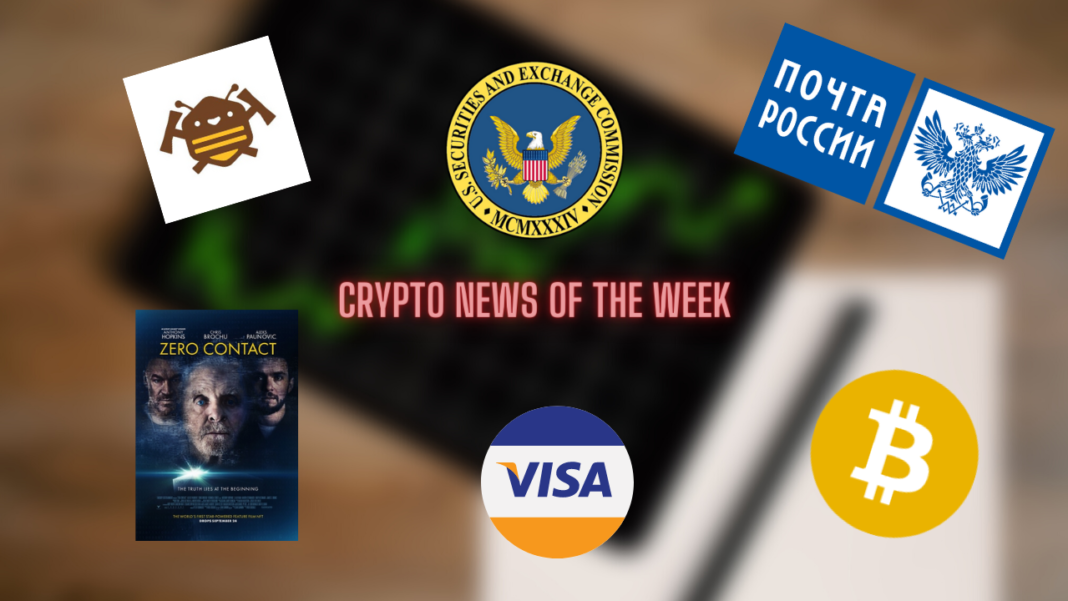 This week in the crypto world started with Netflix’s new documentary about a crypto entrepreneur’s suspicious death. Following that, countries like Thailand and Switzerland have incorporated the use of the technology through a utility token and crypto stamp respectively. But what else happened this week? Let’s talk about it in this week’s roundup.

The popular streaming service has announced that it is making a new documentary on the QuadrigaCX crypto scandal. It also has revealed the name of the film: “Trust No One: The Hunt for the Crypto King.”

The documentary revolves around the $250 million QuadrigaCX crypto exchange scandal. It will premiere next year on the streaming platform. The plot revolves around a group of investors looking into the suspicious death of its millionaire founder Gerry Cotten.

The CEO had mysteriously died while honeymooning in India in 2018. These left investors of Canada’s largest crypto exchange in limbo.

The developer pleaded guilty in an agreement with federal prosecutors in a New York courthouse. Following that, he could serve up to 78 months in prison.

According to the assistant attorney general for national security, Griffith taught the North Korean audience about using blockchain technology to evade sanctions. As a matter of fact, the United States Attorney’s Office had previously warned the individual about his visit. The authority even denied permission.

However, he still traveled to the conference via China.

The United States Securities and Exchange Commission (SEC) has filed a complaint against two Robinhood users. According to the commission, defendants Suyun Gu and Yong Lee took advantage of different trading fees schedules to extract arbitrage while wash-trading.

Wash trading is the malpractice of buying and selling a particular share simultaneously from different brokers to create artificial activity.

According to SEC, they generated more than $1.5 million worth of rebates in total through the alleged wash-trading scheme. The pair faces accusations of targeting options contacts for popular meme stocks, including GameStop (GME) and AMC Entertainment (AMC).

In the court documents, the trading venues were not explicitly stated. However, many expect that the pair performed this malpractice through the fee-free app Robinhood.

Thailand looking on to capitalize the growing crypto technology by launching a utility token.

The Tourism Authority of Thailand is planning to launch a utility token named TAT coin. With this coin, residents can navigate through the country’s complex legal framework.

According to the reports, TAT is in discussions with the Stock Exchange of Thailand regarding its ambitions and transfer of value. Moreover, they stated that the transfer of value is achievable without the introduction of speculative aspects of trading.

According to the report, TAT coin “would involve the transfer of vouchers into digital tokens that could help operators gain greater liquidity.”

As far as the plan in long term goes, Tourism of Thailand will partner with the local Bitkub exchange for the utility token. Through this, they’ll develop a tourism platform featuring TAT coin.

The postal service of Switzerland has also taken an interest in the new technology with crypto stamps. These crypto stamps consist of two parts. One part is the original stamp with a price tag of 8.90 francs. However, every crypto stamp has a related digital image.

The digital image contains one of the possible 13 designs. Moreover, users can store & collect these designs on a blockchain. Following that, they can trade/exchange it online. With this, the Swiss Post is trying to bridge the gap between the physical and digital worlds.

Payments giant VISA has devised a new plan for cross-border payments between CBDCs.

Since every country is developing its own CBDC, cross-border transactions can become a messy affair. To solve this, VISA has devised a Universal Payment Channel (UPC) for CBDCs.

The company has shared insights on a theoretical system connecting different blockchain networks. The new plan of VISA will allow central banks, businesses, and consumers to transfer CBDCs.

The particular payment network will have an abstraction layer above blockchains. They’ll not have limitations related to interoperability, scalability, and availability that these types of payment solutions currently face.

The Russian postal service will use blockchain technology for tracking parcels.

Russian Post intends to introduce its blockchain-based tracking system as early as 2023. Moreover, he emphasized that the system will allow it to provide other companies with end-to-end tracking information. He also added that the Russian Post is a part of the logistics chain.

According to reports, the blockchain project will aim to limit the number of lost parcels. In addition, the expert believes that the new platform could replace Russian Post’s existing tracking mechanism and save time and effort searching for lost items. The project will require investments worth 38.2 billion rubles ($525 million).

Anthony Hopkins movie will be auctioned as an NFT.

It looks like Hollywood is trying to capitalize on the hugely popular & trending NFT industry. And the first of them coming is a science-fiction movie starring Anthony Hopkins that’ll auction as an NFT.

The film follows five characters based all over the world. In fact, their only ‘true’ connection is devotion to tech titan Finley Hart, and Anthony Hopkins plays that character.

Full Story: Anthony Hopkins movie to be actioned as an NFT

BeePool shutting down its operations amidst ongoing crypto ban in China.

After the Chinese government’s latest regulatory policy of banning all crypto-related systems, companies have started to wind down their operations. BeePool, the fourth-largest Ethereum mining pool has announced the news of shutting down its operations.

The China-based mining pool announced this on Tuesday in their blog post. They stated that they’ll suspend operations “in response to the latest regulatory policies.” Moreover, they’ve discontinued the registration of new users and the addition of sub-accounts. They’ll close down all of their mining access servers before 15th October.

Recently, SparkPool, the second-largest Ethereum mining pool has also suspended its operations last month for similar reasons. BeePool and SparkPool account for more than a quarter of Ethereum’s hash rate.

Full Story: BeePool shuts down its operations in China amidst ongoing ban

Chairman Jerome Powell said that they’ll not ban cryptocurrencies. However, he added that more regulatory oversight is needed in stablecoins.

Powell talked about crypto and stablecoins in a 2-hour long Financial Services Committee meeting. The meeting also addressed several questions on cryptocurrencies. When Rep. Ted Budd, a long-time proponent of crypto, directly asked the chairman’s intention of banning crypto, Powell responded with a “No.” Following that, he added: “[I have] no intention to ban them.”

Powell’s remarks come just two days after his question in Congress regarding the development of the digital dollar.