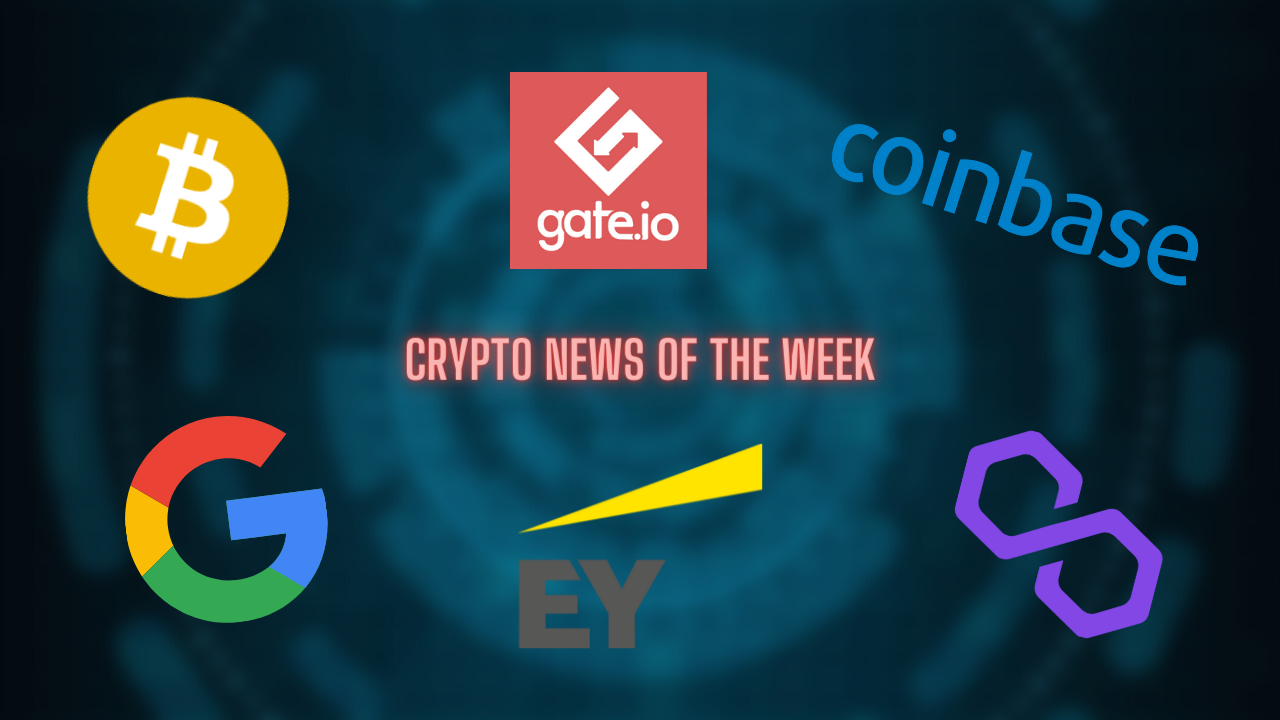 The central bank of Nigeria stated their in-house offering e-Naira as a better alternative to Bitcoin. On the other hand, British Residents can buy crypto vouchers from the Post Office. What more happened this week? Let’s talk about this in this week’s crypto round-up.

Bancoagricola, the biggest financial institution in El Salvador became the first one to incorporate Bitcoin. Now, customers can pay for financial instruments like loans in Bitcoin.

Moreover, residents of El Salvador & customers of the bank can use Wompi, a digital payments gateway to receive payments in Bitcoin.

The bank also announced its aim of supporting bitcoin payments completely through their PoS terminals. To achieve this goal, the bank has partnered with Flexa, a digital payments platform that allows the institution to integrate bitcoin-related services into the platform easily.

Recently, The Central Bank of Nigeria gave its views about Bitcoin. According to reports, the deputy governor in charge of operations has stated that e-Naira is a much safer bet in the world of crypto. Also, it can improve the country’s economy. In fact, they went as much as stating that e-Naira provides a better value.

He also stated that the central bank-issued digital currency is much safer than ‘privately issued cryptocurrencies.’ Moreover, the Central bank of Nigeria is very focused on ensuring a safer system other than Bitcoin.

The Central Bank had announced the launch of its digital currency pilot program in October last year. Also, the bank has banned the trade of digital assets in the country at that time.

Citizens in the U.K. can now buy crypto vouchers from the Post Office.

To make this happen, the post office has signed a deal with Swarm Markets DEX. With the vouchers, users can eventually redeem them for cryptocurrencies.

According to reports, the post office does not receive any commission from vouchers sold or endorse crypto sales. Moreover, Swarm pays Yoti, the company powering the identity verification technology in Post Office EasyID.

While the move is inspiring, many parties and communities aren’t in favor of it. The labor party and the conservative party have shown their reservations with this move through various statements.

Litecoin had a rollercoaster ride due to a fake press release pumping its price.

A press release titled “Walmart Announces Major Partnership With Litecoin (LTC)” stated that the retail giant has partnered with Litecoin Foundation to roll out pay with Litecoin option on its websites. It went as much as saying that the functionality will roll out from October 1st. However, that news turned out to be fake after an hour of going live.

Started as a cheaper and efficient alternative to Bitcoin with almost a similar functionality, Litecoin’s popularity has reduced over the years. In comparison to Ethereum alternatives or popular meme coins, not many people are paying attention to Litecoin.

BitTorrent File System (BTFS) has officially launched its NFT hub. It is a distributed storage solution integrated into the TRON ecosystem.

This ensures best practices that all NFTs follow making them accessible in the long run. The BTFS-powered NFT hub has many advantages like the stability of data, reliability of data, and protection of ownership of data.

Solana network went back online after 20 hours in the dark.

Possibly the biggest blackout in the history of Solana, the popular network went underground for about 20 hours. After a big session of tries and fixes, the network went back online at 1:30 AM Eastern Time.

Many were relieved with this high-profile outage coming to an end. After coming up online, the Solana network received a network patch held across a network of validators. One developer even declared this news, stating: “And we’re back!” on the Solana discord server.

Although Solana came back online, the service remained spotty and even the foundation acknowledged that some supporting systems would take some time to recover. Overall, the issue affected thousands of people working on the network.

Full Story: Solana network back online after 20 hours in the dark

Google has partnered up with blockchain studio Dapper Labs for the development and integration of new technologies into the Flow blockchain.

As part of the deal, Google will provide network operators for Dapper Labs’ Flow blockchain. The company stated that the multi-year partnership would help Dapper expand its operations through “scalable and secure infrastructure”.

Dapper’s Flow blockchain is home to some of the most popular NFT collections, including NBA Top Shot and CryptoKitties.

Gate.io is a popular crypto exchange that has recently launched a $100 million fund. The name of this fund is Gate Ventures and it will focus on early-stage investments in DeFi infrastructure and ecosystems.

According to the press release, Gate Ventures will invest in “wide-ranging” projects, injecting capital up to ‘multimillions’ of dollars. Moreover, the fund will also offer grants to open-source projects building Web 3.0 and open-finance infrastructure.

The crypto exchange has also provided additional details about the fund. Gate Ventures will offer financing, operational resources, and industry expertise in operations wherever possible.

The focus of the fund investment is technical & financial infrastructure, ecosystems, and applications.

Consulting firm Ernst & Young (EY) has announced its integration with the Polygon network. EY will use Polygon scaling products to boost its transaction volumes and provide “predictable costs”.

The company also gave a press release discussing the applications with this integration. They said that they’ll provide settlements for business customers. They also added that they’ll give the option of moving transactions onto the public Ethereum network.

EY has made a couple of changes with the blockchain scaling product, creating permissioned private industry chains. Moreover, these chains will take advantage of new models used to verify transactions.

Scaling products are rising massively and are highly advantageous due to their ability to lighten the network load from major blockchains like Ethereum that are riddled with congestion and transaction delays.

US-based crypto exchange Coinbase has applied to offer derivatives & futures on its platform.

Coinbase Global Inc. has applied with the National Futures Association (NFA) to register as a Futures Commission Merchant (FCM). According to the filling, the company is registered as Coinbase Financial Markets Inc.

They also added about their goal to ‘further grow the cryptoeconomy.’

Crypto derivatives are one of the fastest-growing financial instruments in the crypto industry. Many major crypto exchanges offer derivatives trading. Also, Coinbase had announced that it had acquired Skew, a crypto data analytics firm specialising in the derivatives & futures market.

Many had speculated then that the crypto exchange will offer the option soon.