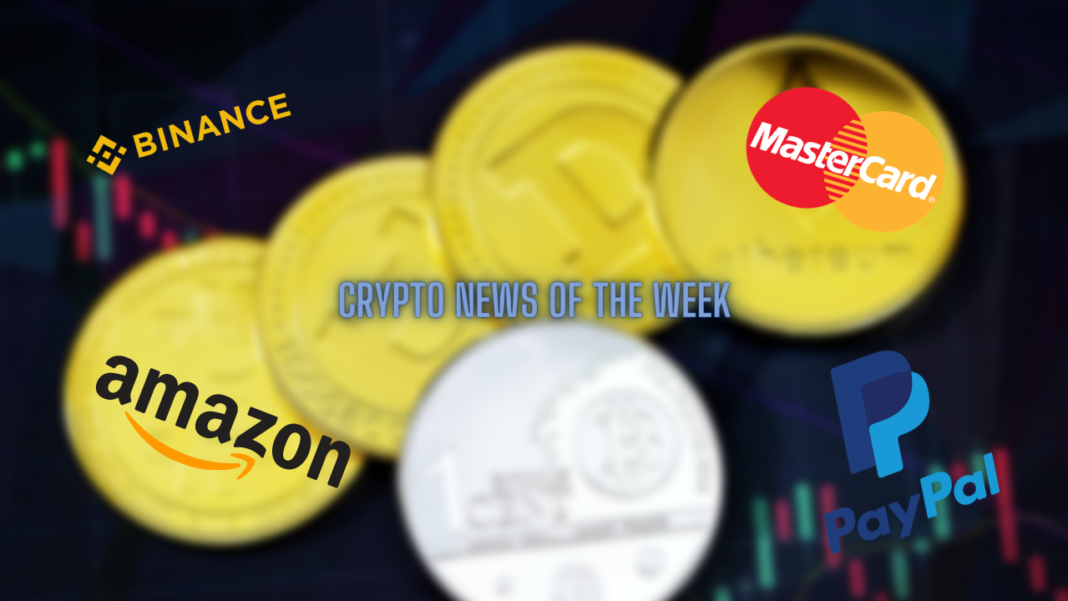 While Crypto ATMs installations are seeing a good jump this year, it looks like Amazon isn’t ready yet to adopt cryptocurrencies in its e-commerce portal. What more happened in crypto this week? Let’s talk about it in this week’s roundup.

Even the Singapore administration is aware of their population’s interest in cryptocurrencies. The state’s central bank, The Monetary Authority of Singapore, has offered cash prizes to citizens for their digital currency ideas. What’s more enlightening is that the general consensus in Singapore towards cryptocurrencies is much better compared to other nations.

According to Coin ATM Radar, the number of crypto ATMs globally has risen from 13,993 to 24,030. That is a growth of more than 70% in half a year! 10,037 machines are installed so far, which exceeds last year by a margin of over 2,000 machines. However, the number will grow even more since these statistics only accounts for the first five months of this year.

You can currently find crypto ATMs in 75 countries, but a major chunk of the total ATMs (21,000) are in the United States alone. 42 manufacturers produce Crypto ATMs currently. Genesis Coin dominates this space with a 40.9% market share. Following that is General Bytes that owns 24% of the market.

While the Indian government’s stance on cryptocurrencies is unknown currently, An Indian blockchain startup LegitDoc is partnering up with the Government of Maharashtra to offer tamper-proof diploma certificates. They’ll do so by using Ethereum blockchain technology. This isn’t the first body in the country trying to incorporate blockchain technology.

Other institutions in India like the National Institute of Technology (Surathkal) and Ashoka University are also in talks to implement a similar solution to counter the nefarious problem. Many universities worldwide like the Massachusetts Institute of Technology (MIT), Malta, and Singapore, are also implementing an e-governance system for education.

Amidst rumors about Amazon incorporating Bitcoin support, the e-commerce giant has given a statement denying these claims. According to a recent report, Amazon stated that it is interested in the crypto industry. However, they added that they don’t have any specific plans to incorporate digital payments just yet.

Amazon had previously posted a job opening for a digital currency and blockchain product lead. A few days later, London’s City A.M. newspaper claimed Amazon was “definitely” preparing to incorporate Bitcoin payments. When the rumors became rife in the crypto community, Bitcoin grew 15% in a couple of hours driving more than $110 million in liquidations.

Binance CEO offering to quit in order to focus on making the exchange a regulated financial institution.

Lately, many countries have scrutinized the crypto exchange for unregulated activity. To resolve this, Binance is aiming to set up a number of regional headquarters around the world. By doing so, they’ll seek licenses from wherever they are available.

Noting the success of its previous Start Path program in 2014, Mastercard has launched a successor to this program. The previous program benefitted more than 250 startups till now. The firm is really pushing into the crypto scene to keep up its fight with its main competitor, VISA.

WazirX to launch its own decentralized exchange next month.

Amidst WazirX’s ongoing tussle with the regulatory committees, the largest crypto exchange in India is going to launch its own decentralized exchange. The company’s co-founder said that the project is in advanced trials and will launch by the next month.

Full Story: WazirX to introduce its decentralized exchange next month

Coca-Cola to launch its own NFTs

One of the biggest brands in the world is soon going to launch its branded ‘virtual wearables’ as non-fungible tokens (NFTs). Coca-Cola will include a ‘wearable’ jacket for the avatars in the blockchain-based metaverse Decentraland. This will be its first NFT collection, along with the celebration of International Friendship Day. Moreover, all the money received from NFTs will go towards Special Olympics.

These NFTs will be available on the marketplace on July 30 for 92 hours.

Full Story: Coca-Cola To Come Up With NFTs

PayPal is seeing tremendous user growth in its crypto offerings. In the second quarter of this year, it reported more than 400 million active user accounts and reported $311 billion in total payment value. Due to this, the payment giant has increased the weekly limit from $20,000 to $100,000 and removed the annual crypto purchasing limit of $100,000.

Full Story: What is the Paypal Super app?

Three Russian universities are developing a Russian Time Capsule on which people can store their information. Under some conditions, this information can be transferred to a specified person at a specific time. Currently, the only condition is that the data uploaded on the blockchain should be six months old.

Users can keep their photographs, text files, video messages, and location details on the Russian Time Capsule. In any case of unfortunate death, the heir can access the data stored on the blockchain. However, the time capsule will only open at a pre-specified date in the future. Each user can send two capsules free of charge on the blockchain for only one time.